Home About Us Children's Equipping Centre Gallery Contact Us

© Kids of Promise Association of Edmonton

Kids of Promise exists to mentor children of all socio-economic backgrounds in moral character, core Christian values and creative arts giving them an opportunity to develop their God-given talents, serve their communities and succeed in life.

At the core of our philosophy is the intentional emphasis on building what educators are calling “moral intelligence.” According to pioneering educator Dr. Michele Borba, there are seven essential virtues that need to be established in our children in order for them to have exemplary character. These virtues are: Empathy, Conscience, Self-control, Respect, Kindness, Tolerance and Fairness. These character traits can be imparted using a step-by-step process that has been proven to be successful in building the moral intelligence of children between the ages of three and fifteen. Kids of Promise believes that potential and destiny is realized through developing moral intelligence as well as training the area of a child's gifting. 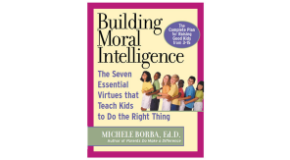